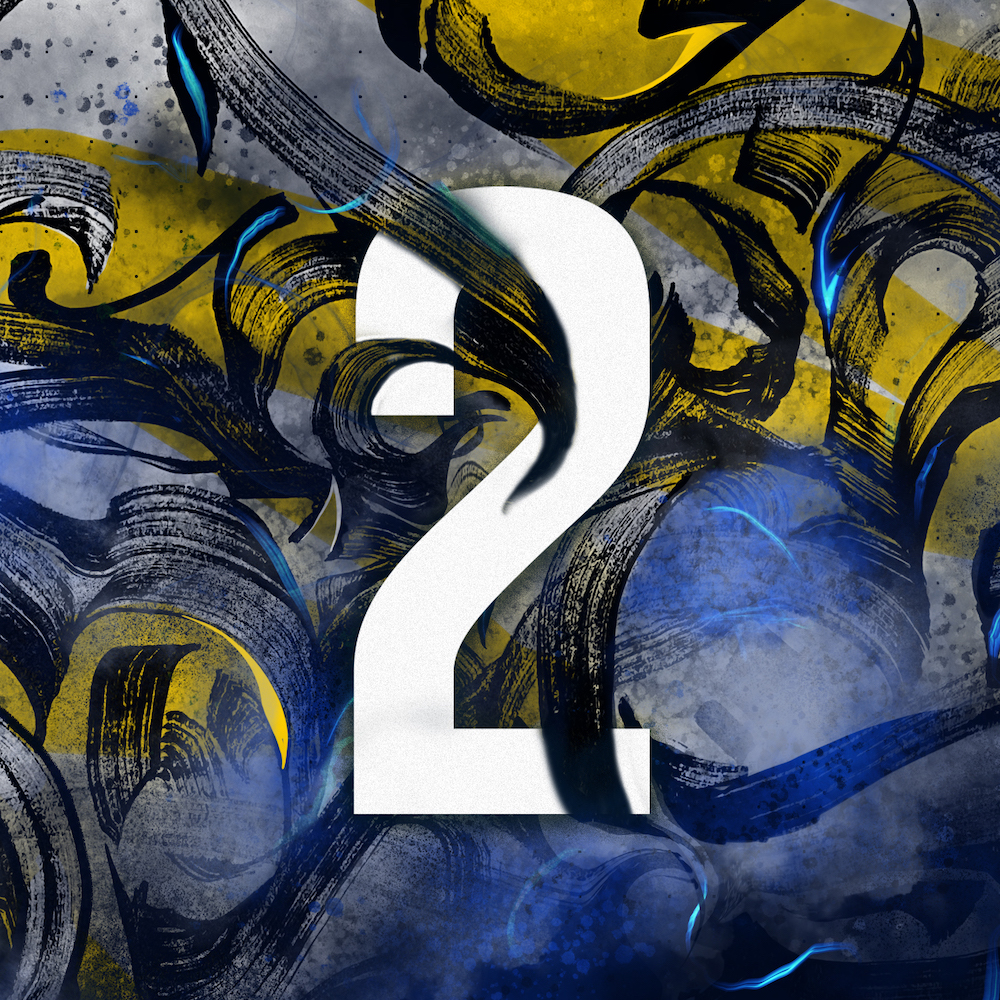 How long have you been making art?

I’ve been scribbling since I was a kid but I first got serious about creating work around 2010 when I started exploring painting. I started working for myself full time as a creative in September 2017.

Do you have any sort of technical background?

ish! I went to school for what I thought would be a fine art degree and somehow ended up taking business classes after being pretty unsatisfied with the art department at my school.  A few figure drawing classes here and there but in the style of work I make now I was pretty much self taught building off of a graffiti foundation up until last year when I received a scholarship from Paul Antonio who lives and works in London as a Crown Office Scribe. I spent 2018 flying to Dallas, Texas every other month to learn the foundations of gothic calligraphy which really pushed my style into a completely new phase.

‍What are some of your favorite projects you have done?

My favorite project is usually whatever I'm working on at the moment but there are two highlights from last year that stand out. Painting a mural on the outside and inside of the Crocodile was an honor. I saw some of my first shows there and the venue is as old as I am. Big shout out to Joey Nix for bringing me into the Belltown Corridor project to make that happen. I also really enjoyed working on an interactive mural installation in the Olympic Sculpture park for the Seattle Art Museums REMIX event.

Can you describe your inspiration for the VOLUME 2 art?

My inspiration came almost entirely from the experience itself. I really wanted to sit with the feeling it gave me so on a couple of occasions I turned all the lights in my studio off, ripped the pax and meditated on the sensation. I did this about three times and would come out of that with visions and feelings that I would jot down. It went through a few variations but eventually I got to this feeling like there was a thunderstorm happening in my head and every time the lightning would strike this was this big flash of insight or electricity. I wanted to capture the energy of storm and channel it into a creative whirlwind that you can direct at will. I hope the art gives people a feeling of being positively charged, the the spark of energy or insight that can come when I consume cannabis.

What are some of your favorite activities to do whilst enjoying cannabis?

Music is close to the top of the list. My favorite way to enjoy cannabis right now is in my studio once the afternoon shifts into the evening and I’m done answering emails and being accountable to other people. love using it to explore dancing and music. Basically anything that gets me into a flow.

Where can people see your art in the Seattle area?

I have a few murals around the city. The Crocodile, The Vera Project, Capitol Hill on Pine and 14th. I’ll be in a few pop up events early this year but nothing has officially been announced yet.

How would you describe your relationship with cannabis?

Cannabis is like a best friend to me, We have a solid relationship. I’m not dependent on it to do anything but I love when it’s around and I have a lot of respect for the ways it makes my life better.

And what connection do you have with VOLUME 2?

Being part of Vol. 2 has been great in every way! What excites me most in collaborating on a VOLUME is the trust that was put into my creative vision and the freedom that I felt while creating the artwork. I put a lot of thought into what the experience of consuming Vol. 2 felt like so I'm also excited to see how the visuals represent that to others who get to enjoy this oil.

Made with love by Heylo in Seattle, Washington.